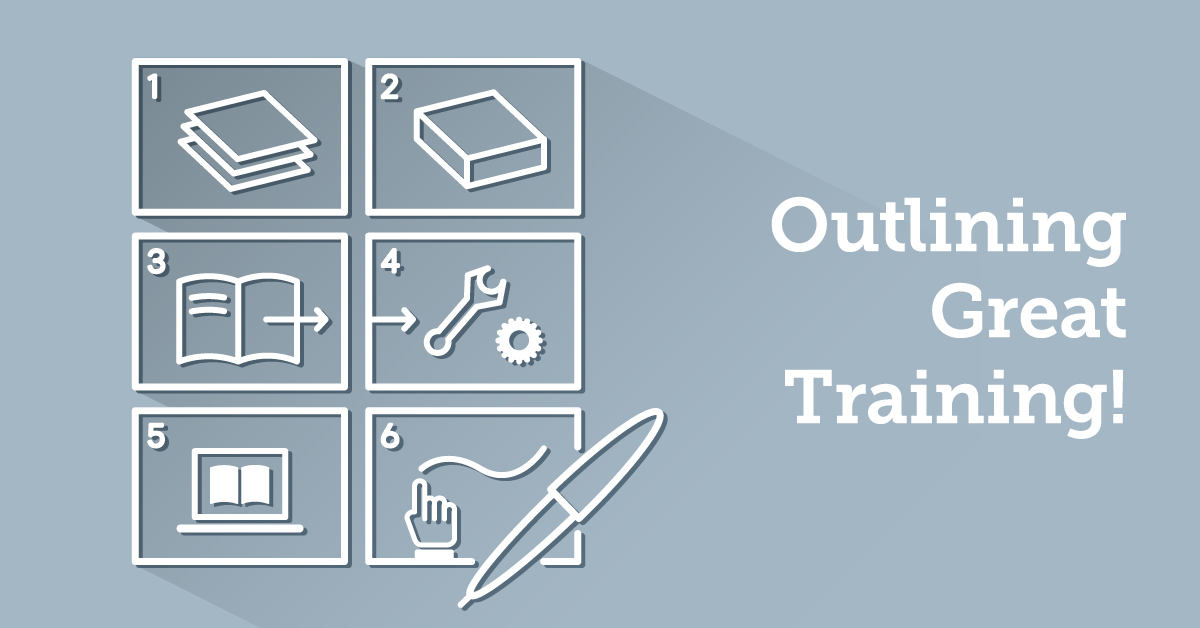 How to Create Storyboards without being a Storyboard Artist

Before the production of any multimedia project even starts, there is one thing that binds all the elements together in order to give a glimpse of what the final product will look like. Be it a movie, a graphic novel, an animated feature, or an eLearning module, this thing makes sure that the entire project will make sense to the intended audience – from start to end. We’re talking about the storyboard.

Having a well-thought out and cogent storyboard is a critical part of the eLearning creation process. Somebody has to create a storyboard for eLearning projects, and this task usually falls into the hands of the either a training manager or an instructional designer. The challenge is that not everyone is a storyboard artist.

What is a storyboard?

A storyboard is a sequence of slides or panels that depict the flow of a certain media format. Most of the time, it is presented in a chronology of drawings that may also include directions and dialogue for a certain scene.

It also includes important notes from the director, cinematographer, or scriptwriter on how the planned shots for a movie or TV production should go.

In terms of an eLearning storyboard, it contains the required elements on each slide or page of a module. The usual storyboard content for eLearning includes elements like graphics, sound effects / music, dialogue, and a little bit of content.

It may also contain critical notes from the instructional designer, graphic designer, and multimedia creators as to how a certain slide should be executed by the eLearning creation team.

A storyboard’s main purpose is maintaining the smooth flow of a cohesive storyline. However, a storyboard for eLearning can also be used to present a project proposal to a client.

A storyboard’s main purpose is maintaining the smooth flow of a cohesive storyline.

Why do we need to create a storyboard?

Storyboard creation is an integral part of the eLearning design process because it lays the groundwork for all the work that will be done for a module.

Not only does it comprise of the different elements that make up each scene, but it also takes into account finer details like the length of each slide, the dialogue, and animation cues.

Aside from piecing the entire project together, it also integrates the learning objectives, module content, and multimedia. When you create a storyboard, it will play a big part in terms of collaboration among team members.

Oftentimes, a team is composed of members with different skills and professional backgrounds. Members might include, but are not limited to, a subject matter expert, an instructional designer, multimedia designers, an editor, a storyboard creator, and an eLearning designer; just to name a few.

A visual storyboard makes sure that both the team and client are all on the same page. Most importantly, a storyboard layout functions as a roadmap for the entire eLearning project team.

When you create a storyboard, it is somewhat similar to creating a vision board for the team. Not only does it dictate what each member’s work for each slide would be, but it gives everyone an overview of how the entire project will be executed.

More importantly, it also gives a glimpse of how the finished product will look.

When you create a storyboard at the start of any project, it is the eLearning team’s way of beginning with the end in mind.

How to create a storyboard?

Of course, not everyone is a graphic artist and drawing storyboards won’t be everyone’s cup of tea. However, since course creators and eLearning professionals would need to do this as a requirement, we’d like to share five steps on how to storyboard without actually being a storyboard artist.

Step 1: Do a Needs Assessment and Set Learning Objectives

Needs assessment is a critical phase in any learning endeavor. It is part of the training and development cycle and would involve a learning professional or an instructional designer to analyze data and deduce learning / skill gaps.

This same phase of the cycle also applies when you create a storyboard.

If you religiously follow your learning and development cycle, this data should already be on-hand. Analyzing this data would determine who the target audience is and what skill gaps they have that can be addressed by eLearning.

Data from the training needs analysis would also point out what effective learning approaches have been working or will work for the intended audience.

Using the analyzed data, you can then define the overall goals of the project and also define its learning objectives. Aside from being the basis of learning assessments, these goals will also be critical in determining the next steps of storyboard creation.

Step 2: Assess and Organize Your Materials and Members

This step is the planning phase. Once you have a good grasp of the intended audience’s learning needs, you now need to assess and organize the current resources that are available to you. It’s time to assess what materials regarding the subject matter you have on hand.

Also find out what elements that you currently have or will need – images, video files, content, etc.

The most critical part of this step though is choosing the team members of your team. The success of any eLearning project (or any project for that matter) are the team members.

Aside from being the people who will help you create a storyboard, they will also be the ones who will execute the plan.

What will be the over-all feel of the module? Will it follow a linear storyline? Will the module branch out? Two of the most commonly used approaches for any eLearning module are the linear and the branching types of scenarios.

The linear approach is the easiest to execute. It follows only one cohesive storyline and the slides just go one after the other. The branching approach, on the other hand, is more complex; not only in storyboard creation, but in module creation as well.

This approach presents the learner decision points in the module; which then leads to a slide – depending on the learner’s choice.

This is the step where you finally create a storyboard! Here’s the best news! The storyboard actually doesn’t have to contain drawings, they can also be purely text. This type of storyboard can be as simple as a table where all the elements in the module are grouped on a per-slide basis.

For example, you can divide a table into four columns or more. One column (usually the leftmost one) will contain the slide titles. The next column can contain the visual area and will include descriptions of images, video clips, and text.

Another column can be dedicated for audio and will contain the dialogue, sound effects, and music files.

One column can contain the interaction and activities that will be included on the slide. And if your storyboard needs to branch out, you can also add another column that will dictate what slide to jump to next when a learner chooses an option.

If you want to take it a step further (especially for client presentations), there are other tools that can be used to create a storyboard. There are free (and affordable) online tools that can help you create a video storyboard or a digital storyboard.

Canva and StoryboardThat are examples of such. You can also create an animatic storyboard through online tools like ToonBoom and Powtoon.

There are also offline tools that can help you create a storyboard. Animated storyboards can be created by using tools like Articulate Storyline and Adobe Captivate (both are also eLearning authoring tools as well).

The last step involves choosing what authoring tool you will use for module creation. As mentioned above, two of the most popular ones are Articulate Storyline and Adobe Captivate.

However, there are also other authoring tools out there like ITYStudio, Obsidian Black, and Easygenerator, just to name a few.

The key here is choosing an authoring tool that everyone is more comfortable with. Although some team members might not even need to use the tool at all – but it’s always easier if the entire team is aware of capabilities and limitations of the tool.

At the end of the day, it’s being able to effectively, efficiently, and professionally deliver the final product – which is the course or module designed for learner engagement.

Hopefully, through the help of this list, we were able to help you come up with storyboard ideas that you can use for your future courses.

And yes, you don’t have to be a storyboard artist to do so!