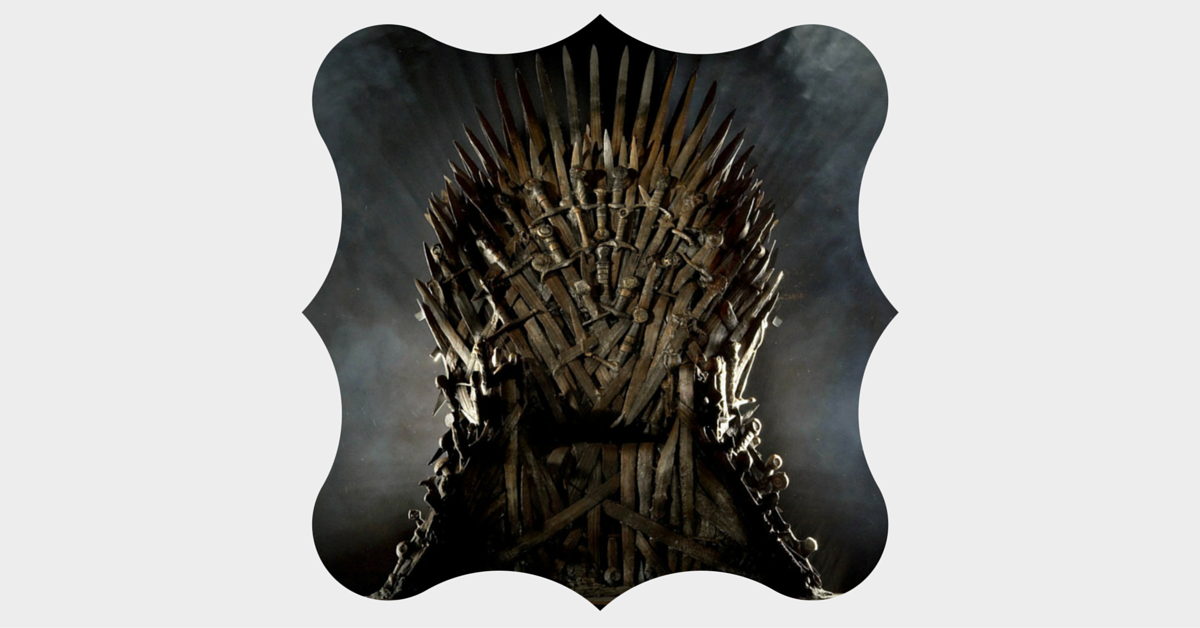 6 eLearning lessons from Game of Thrones

While everyone tries to overcome the shock from the fifth season’s finale (no spoilers here), we thought it would be a fun summer post to write about Game of Thrones’s (GoT) lessons as they apply to eLearning.

If you wonder how an epic story set in a magical medieval kingdom has any relevance to eLearning, you’re overlooking two things. First, wisdom is wisdom, and the older and more dramatically it is conveyed, the better. Second, we’re not afraid of over-stretching any analogies we draw from GoT so that they fit in an eLearning context.

1. The importance of information

While several royal families might be fighting it out for the Iron Throne, in eLearning things are much simpler: content is, and will always be, king.

Your job as an eLearning training provider is not unlike that of Varys: you need to find the right information and you need to know how to present it (including knowing how to tell it in a way that pleases your target audience).

And, just like Varys, you can either gather the information yourself or pay to have it conveniently delivered to you (e.g. by leveraging TalentLMS’s Marketplace).

2. The importance of entertainment

Content might be king, but it can be a very boring king (think of Stannis) if it’s not presented in an engaging and entertaining way.

Just ask Littlefinger ― he knows just how far providing entertainment can get you in King’s Landing. And while we don’t approve of his line of work, it’s still a good advice to spice up your content to make it more enticing.

3. The importance of wit

In the process of running an eLearning portal you’ll run into all sorts of issues (though, if you’re using TalentLMS, your LMS won’t be one of them).

More often that not, the key to overcoming those difficulties, is being able to improvise quick workarounds. Just like Tyrion.

Heck, if a 4 ft guy can make it in a medieval kingdom full of fearsome knights, thugs, mercenaries, dragons, zombies and even relatives trying to get him just by using his wit, then you can probably sort out that student who complained about failing a course, or a classroom not being available on the day of your scheduled ILT.

4. The importance of dragons

Keeping a dragon or two around can also be quite useful. Just ask khaleesi.

Where by “dragons” we mean some kind of extra powerful weapon that none of your competitors have. You know, like those exclusive TalentLMS features that other LMS have yet to implement.

Keep an eye on your competition and try to match everything they do and even one-up them in a few select areas.

That doesn’t mean that you have to offer more than the market leader (which might be quite difficult). Just that you have to be better than your direct, local, competitors, even if it’s in certain specialized niches.

5. The importance of keeping your vows

As John Snow would surely tell you, keeping ones vows is important.

Sure, you might be tempted by a hot wildling now and then (who hasn’t?), but never forget what your real mission is and what your core values are.

One of the easiest ways to make your users take flight is to compromise on what you’ve promised them, or to change the things that brought them to you in the first place. So don’t. Upgrade your eLearning service and add features, but never betray what made it great in the first place.

6. The importance of listening to your people

This one builds on the previous advice, and also works for enterprise training. Listen to your people, whether they are paid customers or company employees on a training program.

You don’t want to end up universally hated like Joffrey or with half of your army abandoning you like Stannis. Or without certain vital organs like Reek, for that matter.

Listen to what your students have to say, implement the features and make the changes they most ask for, and in general try to engage in a fruitful feedback loop with your user base. That’s part of what being a good King is all about, and you do want to capture that LMS Throne, don’t you?

P.S There was a 7th advice which was even better than the other six and everybody loved it, but George R. R. Martin killed it.