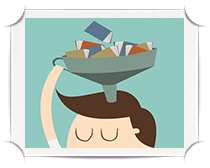 Pretty much everyone in the world of eLearning is familiar with the rise of MOOCs, or Massive Open Online Courses. MOOCs, which first began to see large emergence in 2012, are still in their preliminary stages, and many are still waiting to see the verdict of how effective they are and if they are going to be the next big thing in distance education.

So far, MOOCs have attracted massive amounts of learners. However, many are questioning the completion rates and effectiveness of open online courses. While the goals of providing widespread access to education via the web and unlimited participation are notable ones, it seems that there is still much room for improvement.

Here are 10 articles you must read about MOOCs:

MOOCs are still fairly early in their development. As such, it is important to take a look at their widespread popularity and assess areas which need improved upon. How much potential do MOOCs really have? Can they really meet the needs of the learners? What possible solutions are there for improving MOOCs? What challenges do MOOC students face? All these and more are very important questions to consider when debating the merits of MOOCs.

So, you want to know everything possible about MOOCs? This report goes in-depth to provide everything you could possibly want to know about the current state of MOOCs. What defines a MOOC? How can they help your goals? What is the cost analysis for MOOCs? All of these questions and many more are addressed in this report, which makes it a must-read for anyone considering a MOOC.

3. MOOC – Completion is Not Important

With so much emphasis being put on MOOCs performance, there is quite a bit of concern over the number of learners who actually complete the courses. In fact, studies are saying that a very small percentage of learners actually complete MOOCs. However, cannot be argued that learners still benefit even without completing the course? Some are arguing that MOOCs can act as supplements to other classes.

Do you believe that MOOCs are a fad? Have you heard that MOOCs will replace higher education? Something we are well aware of these day is the myths that commonly circulate the internet. Which is what makes this article an important ‘must-read’ on everyone’s list.

5. The Strengths and Weaknesses of MOOCs: Part I

Even though MOOCs are still early in their development, reports on their performance and flaws have been eagerly awaited. As of October 2014, MOOCs are less than 3 years old, however, the first factual reports are beginning to show up. What are their weaknesses? Do they serve some better than others? For anyone interested in MOOCs, this is a ‘must-read’ report for the current standing on them.

6. Academics Are Down on MOOCs. Business Schools Aren’t

With all of the hype that MOOCs have received, it is time to see where they stand and what the current trends are. Their popularity may be growing in some groups, but is it diminishing in others? With more and more prestigious educational institutions jumping on the MOOC bandwagon, additional research is now begin performed. It seems that business schools are warming up to the model, while academic leaders are becoming more skeptical. According to Indiana University’s MBA chairman, ““MOOCs are basically the 21st century equivalent of reading a bunch books and saying you got a degree.”

7. What Business Schools Don’t Get About MOOCs

According to Pankaj Ghemawat, global strategist and economist, the debate over the potential effect of MOOCs on the future of education is largely misplaced. It is not a question of whether or not they will drive universities out of business, or if there is a behind-the-scenes war going on between the education communities. Offering the most sensible response to the MOOC emergence thus far, Ghemawat argues that education will become a combination of traditional learning environments and the new online learning environments. MOOC technology can be implemented into leading universities and institutions’ core curriculum in order to bring together the best features of traditional and modern education methods.

8. What’s Wrong With MOOCs, and Why Aren’t They Changing the Game in Education?

With such high expectations for MOOCs, many are wondering what exactly is going on with them now. They seem to be at a standstill, with no educational revolution happening. Unfortunately, despite the endless speculation on MOOCs’ technology being able to change education forever, it seems that there is an inherent flaw. Learners are without the instruction of an actual instructor to guide and mentor them throughout the course, ensuring that clear guidelines are set and goals are met. This single flaw is the reason behind such high incompletion rates. Not to worry, even though the first analysis and reports are just coming out, leaders already have plans underway to remedy the void felt by learners without course instructors.

9. A Smart Way to Skip College in Pursuit of a Job

While nearly all of the attention has been focused on MOOCs within the universities, it seems that they may have quietly broken ground in another area: the work force. In June 2014 AT&T teamed up with Udacity to provide a ‘NanoDegree’ which would provide learners with the skills necessary to obtain an entry-level position with AT&T as an iOS applications designer, data analyst or other such similar positions. This basic effort to offer entry-level positions to those who, for some reason, do not have access to traditional education has made much bigger waves in the job and education world than anticipated. Instead of revolutionizing traditional education methods, could it be revolutionizing it in other ways?

Despite whatever setbacks that MOOCs may be facing, they are here to stay and can only be improved from here. For anyone interested in developing or implementing their own MOOC, it is important to have insight into their current usage trends and potential future impacts. Who are the people taking MOOCs? Are they more beneficial for some than others?

MOOCs have come a long way since the hype around their release to their underdeveloped flaws, but it seems that they are here to stay. Understanding the development and future of MOOCs is essential to utilizing the power of technology in education and being prepared for what tomorrow brings.