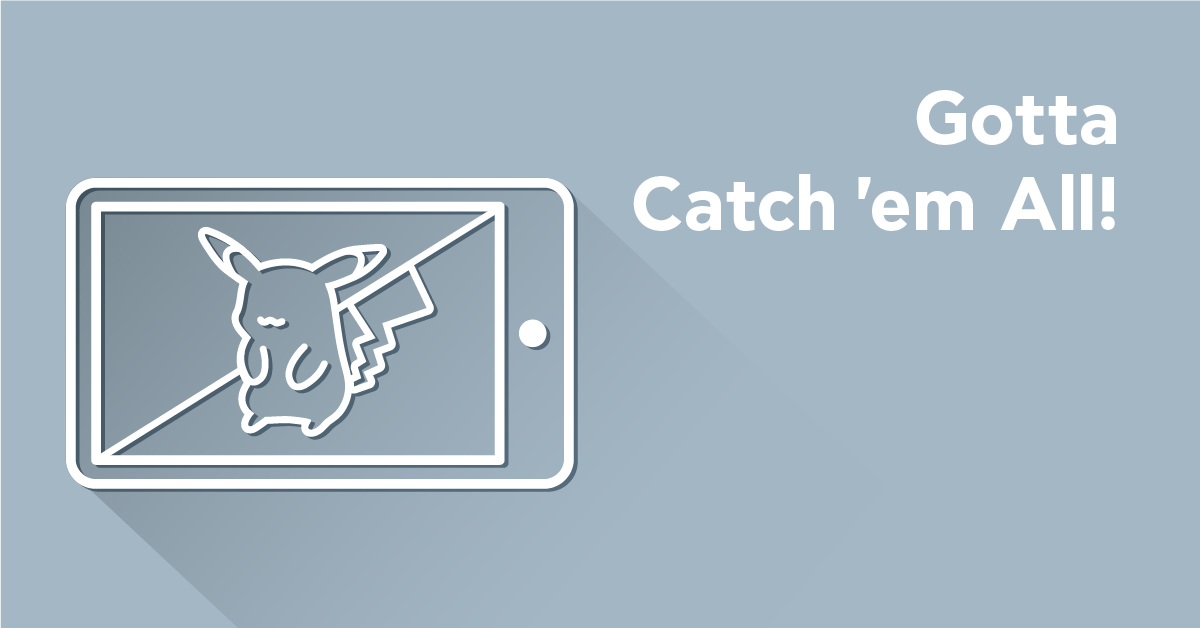 Pokemon Go: Does this mean augmented reality learning is a thing?

We always tried to improve upon it or, at least, alter it to be more to our tastes. From the invention of fire to the invention of air conditioning, we’re constantly expanding upon what nature gave us. As the famous sociologist Marshall McLuan once wrote, “all technologies are extensions of our physical and nervous systems to increase power and speed”.

Little did he know that we’d be reaching a point that we’re finally altering (or “augmenting”) not just the physical world around us, but reality itself. And that, at the forefront of this revolution, would be not some groundbreaking scientific project, but a mobile game.

Sure, augmented reality is nothing new. We have been going at it for years, in expensive labs, prototypes, and early-adopter products. What Pokemon Go achieved, though, is making augmented reality not only popular and tangible for millions of people, but also fun. And that’s a big deal.

In case you’ve been living under a rock, Pokemon Go is the latest mobile gaming craze, and it’s using augmented reality technology to make the popular “pocket monsters” come to life.

It’s something that you really need to see to appreciate (just try not to get too hooked), but essentially it’s all about using input from your smartphone’s sensors (camera, GPS, accelerometer, etc.) to draw Pokemon figures with the correct perspective, size, etc. and blend them with what your camera shows, to make them appear as if they were standing right in front of you.

As you’d expect, it’s a huge success — which will have a huge impact in tons of other fields, besides gaming. And, again, we’re not saying it’s the first example of augmented reality (A.R.) or A.R. gaming. But it’s the first hugely popular such example, and that’s more important (when one considers impact) than “mere” innovation.

Is Augmented Reality Learning the future of eLearning?

In our TalentLMS 2022 trends blogpost, we wrote that “Augmented reality learning is also maturing, with a number of relevant technologies, from Oculus Rift and Google Glass to Apple’s Watch, entering the market”.

And while those indeed have seen some traction in the months that have passed since, in the end, it took a simple gaming app to bring augmented reality to the forefront of the tech market.

It makes sense too. The Rift, Google Glass, and the Apple Watch are more or less specialist devices with limited appeal. At best, there is a few million sold of each. But billions have a smartphone capable of running an application like Pokemon Go.

I don’t think this will change in the near future. I think we’ll realize most of the potential of augmented reality not through special gadgets and headsets that make you look like a nerd, but from common tools everybody has, like the humble smartphone – which, technologically speaking, is not that humble at all.

Pokemon Go showed how you can make an Augmented Reality application that runs on devices accessible to all, thus gain huge penetration, and also make it fun, and thus command incredible engagement figures.

Now it’s up to eLearning technology providers to wake up and smell the Augmented Reality coffee and start following in the same footsteps. The possibilities for online training are endless, especially when combining augmented reality with gamification techniques.

Augmented reality learning in the form of field trips, for example, where learners are shown relevant information, 3D models (of animals, plants, minerals, engine parts, and such) can be a great way to live up an otherwise boring museum visit, while at the same time it can challenge students to collect information to increase their score or ranking.

With 4G networks getting more prevalent (and 5G on the way) one could even have a full augmented reality teleconference setup on the go, where an instructor could present specific virtual items to the learners based on their location, and even have them collaborate to hunt and collect them in some kind of “treasure hunt”, e.g. across a city.

In fact, the very gaming model of Pokemon Go would be great for training children on important historical figures, by having them go to the places where they lived or performed certain deeds and see them re-enacting specific historical scenes — demonstrators throwing chests of tea into the sea at the Boston harbour, for example; Martin Luther King giving his famous “I have a dream” speech from the steps of the Lincoln Memorial in Washington D.C., that sort of thing.

Of course, Augmented Reality learning is not just about general education either. In a corporate setting, for example, a Pokemon Go-like experience could be used to show relevant items (e.g. device parts) while employees walk around the factory premises following the assembly line.

In fact, you don’t even need much of a physical space to benefit from A.R. Even conventional manuals, technical, medical or any other kind can benefit from it, by mixing the traditional textual content with overlaid 3D models relevant to the subject. A good (if limited) example of this is the ZooBurst service, that lets people create pop-up designs and attach them to websites or printed books.

Of course, we’ve only scratched the tip of the iceberg concerning the uses of Augmented Reality in education and corporate online training. Combined with the increasingly advancing mobile APIs and the plethora of sensors and output devices offered on modern smartphones (from motion sensors to haptic feedback), augmented reality will help us unleash the full potential of mobile training in the coming decade.

And all of this kickstarted with a humble game such as Pokemon Go? Sure, why not. After all, didn’t the PC-in-every-home revolution get its start with young kids and their Atari 2600 consoles? Never underestimate the power of fun.