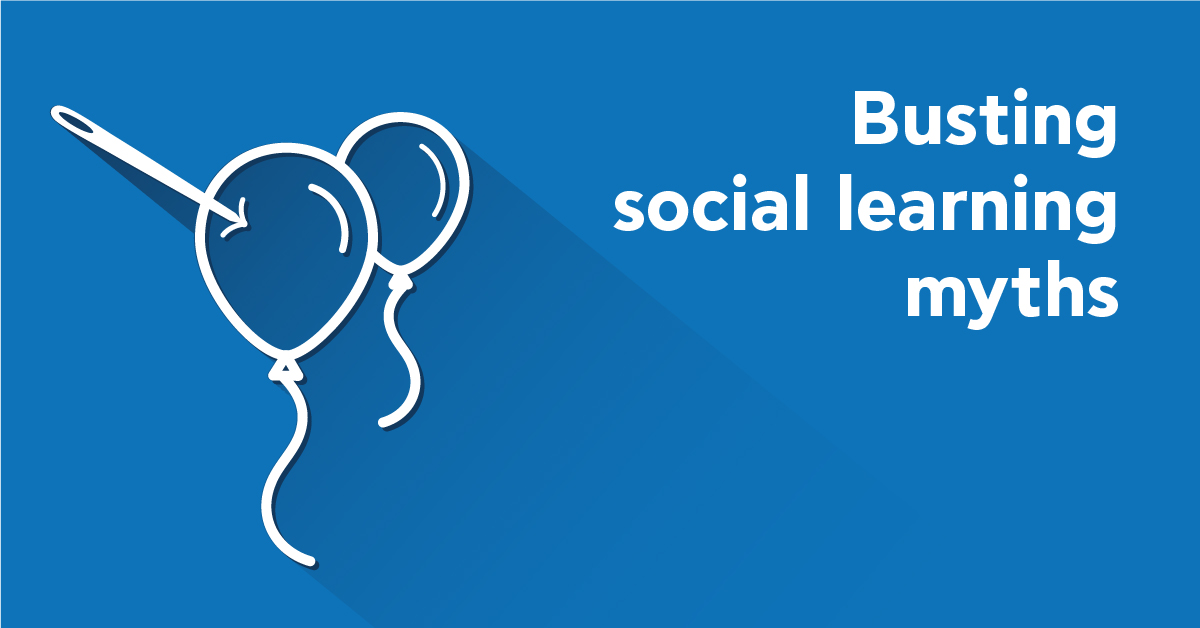 The ancient world had its myths. The medieval world had its legends and folklore. And our world, including the modern internet-based industries, has its share of myths, “old wives tales” and misinformation.

Which is just as well, or else my myth-busting buddies and I would be out of a job. Fortunately, with the rate and breadth that misinformation spreads in the modern corporate learning industry, there are still hundreds of myths to bust. So let’s crack 5 insistent social learning myths, shall we?

1. Social learning is a new thing

Social learning might be a lot of things but we can hardly call it new, and much less a “fad”. It’s actually a decades-old theory based on the observation of a centuries-old practice.

Social learning, as a pedagogical theory, has been brought forward by prominent 20th century teachers and psychologists, the most famous probably being Albert Bandura (of Stanford University). At its most basic, it is the idea that people learn through observing and interacting with others in a social context.

But even before a formal study of social learning was put forward, people have been learning from others outside of a strict teacher-learner relationship for millennia, both in and out of school setting (at work, at play, at home, etc.).

Social eLearning on the other hand is indeed new — I’ll give you that. But that’s just because eLearning itself is a new-ish development speaking in historical terms, or course. In technology years, which are even more condensed than “dog years”, it’s a century or so old already.

Where I’m getting with this is simple: social learning is not some passing fad, we’ve talked about this before. Rather, it has been part of the learning process since the beginning of education, and it will forever be a required part of its online counterpart (eLearning) too.

At least as long as humans are “social animals” (Aristotle).

2. Social anything is a waste of time

Another common misconception, not just about social learning, but about the online social experience in general.

Many people observe that Facebook, Twitter and other prevalent social media, are used primarily for casual chatting, vacation photos, witty remarks, cat videos, trolling and the occasional “flame-war”, deducing from this that any time spend on social media is time wasted.

That is, to put it mildly, far from the truth.

Let’s start with the obvious: social media vastly expand our social circles and thus the number and variety of people we interact with.

Hidden among all the cat videos and vacation photos are all the little information exchanges (about culture, politics, technology, business, etc.) that happen all the time between us and our Facebook/Twitter/etc friends.

Just 30 years ago, people rarely had the chance to casually engage in conversation with others, not just from out of town, but from other countries, cultures and ways of life — 24/7. This tremendously expanded our awareness and understanding of the “global village”.

And when it came to learning, people soon took advantage of social media to create “communities of interest” and ad-hoc schools, where they exchange information, knowledge and tips, and teach each other all kinds of things, from foreign languages and business skills to math and physics.

And, of course, all these only pertain to casual social media sites. For Social Learning, in the context of an eLearning program, where the instructor plays an active role, and can help organize the social interaction towards a specific learning goal, the situation is extremely better.

No, it does not. Again, where do people get those ideas?

Sure, Facebook, Twitter and co are the biggest and most well known social networks. But social, whether it is “social media” or “social learning”, describes a way of doing things — not a particular implementation or brand name.

Social, whether it is social media or social learning, describes a way of doing things!

But, as we said, it doesn’t have to. A custom social learning environment, one that only includes your students, is also a great way to add social learning capabilities to a learning program.

It’s also more powerful and robust than depending on a third party social provider, because you can customize and extend it to fit your particular learning needs and expectations.

4. Social learning is for younger learners

Sure, your kid or nephew can hammer 20 responses a minute on Twitter and Instagram and whatever else the youngsters use these days.

And sure, kids, and especially teenagers and people in their early 20s, love their social media. They have literally grown up with these. But that doesn’t mean that social learning is only suitable for the younger demographic.

Besides, do you see any shortage of 40 and 50 and 60-year-olds on Facebook or Twitter? Rather the opposite. So what makes you think that dealing with a social learning module in their eLearning portal will prove particularly challenging for them?

This is basically another variation of the “social anything is a waste of time” and “social learning is for kids” myths that we have already debunked.

If you look back at the first myth we busted in this post, you’ll know why this is also false.

Just a look at the business software market, by the way, would be enough to dispel this myth: both “social workspace” tools and “social learning” platforms have been adopted by the largest enterprises and organizations in the world. Why? Because they solve the very real problems of communication, collaboration and knowledge exchange within today’s dynamic work teams.

Anyone who still maintains that social learning isn’t for businesses just hasn’t been paying attention.

So, here we are: 5 down, dozens more to go. That’s the hard and thankless job of the eLearning myth-buster. I sure hope that by reading this post you now have a better idea of the importance of social learning, and a clearer understanding of its role and origins.

Stay tuned with this blog for more TalentLMS posts, eLearning industry news, and, of course, myth-busting. And with that, I’m off to post some videos of my cats on Facebook.

Two Myths That Keep Companies Away From E-Learning 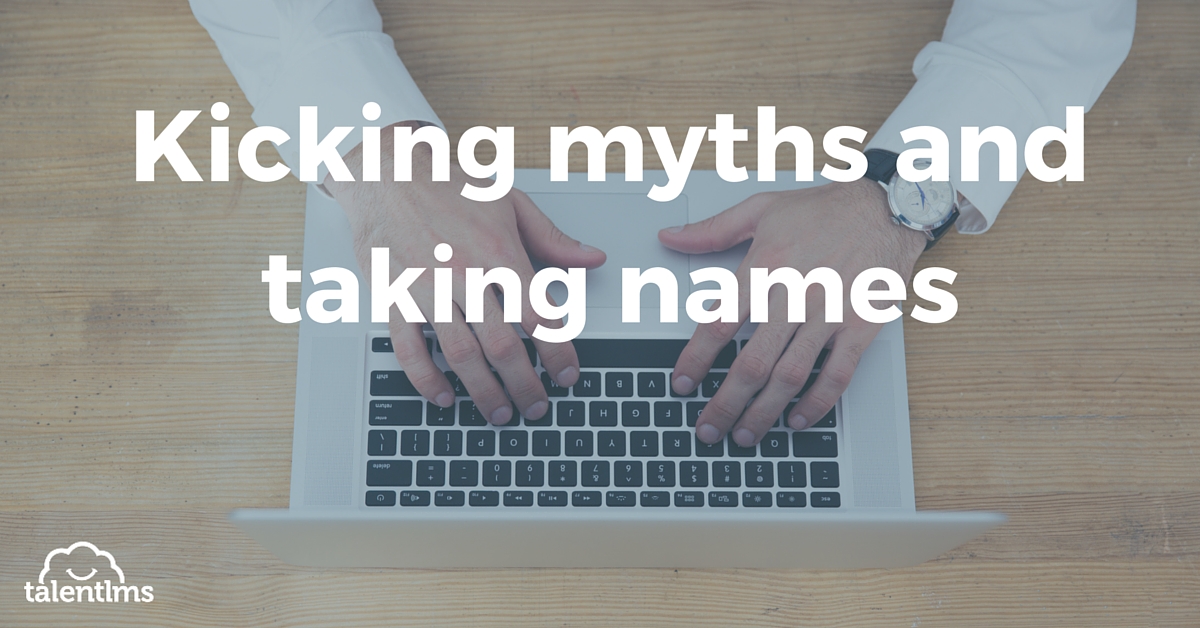 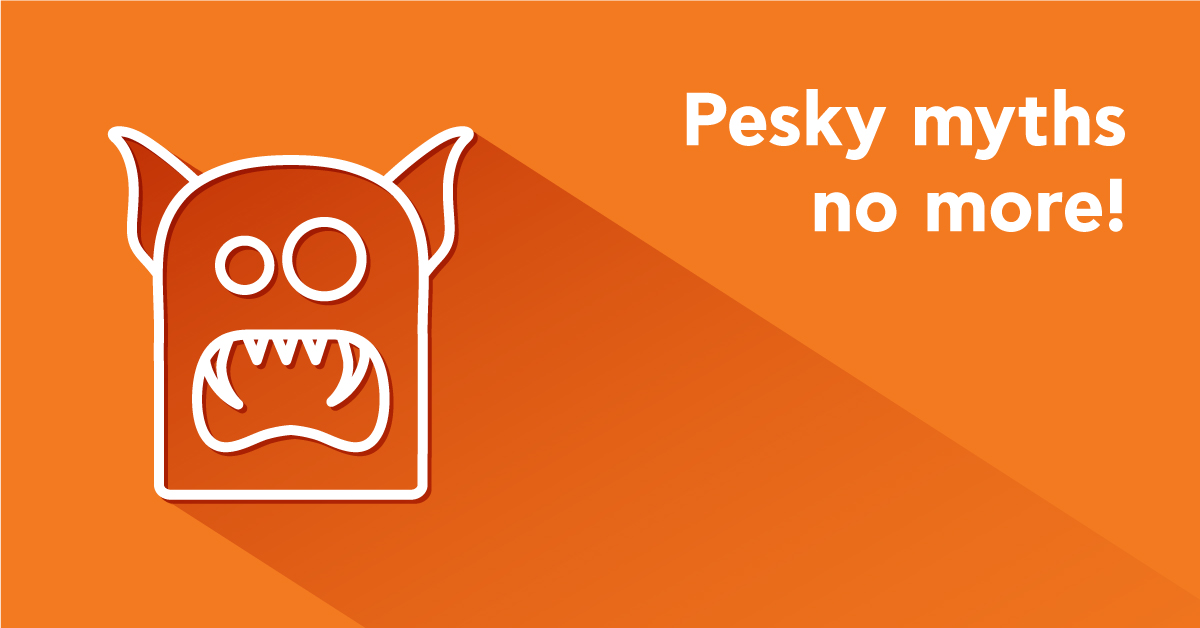