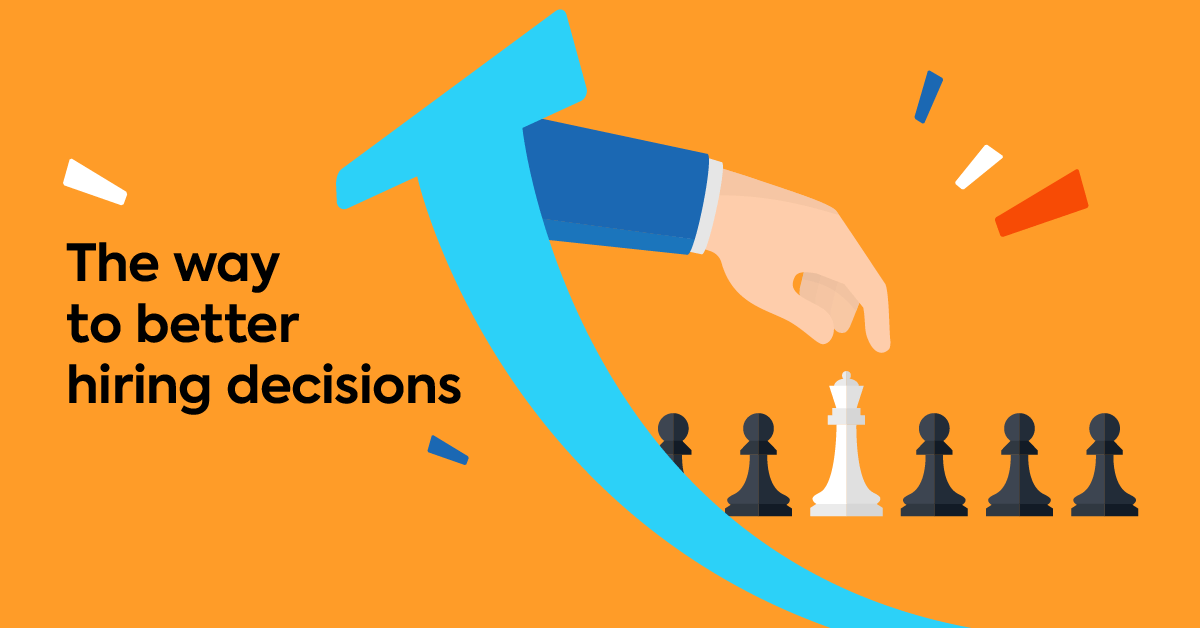 Are you hiring the right people?

Hiring is a risky business. A candidate may look perfect on paper, give satisfactory answers during the interview, and provide the right references. Yet, prove to be the wrong fit for the job soon after they’re hired. Maybe they end up buckling under pressure, or they can’t fall in line with the company’s policies. Either way, you’ve spent valuable time, money, and resources—and have very little to show for it.

The rise of remote work and hybrid workplaces has further complicated things. With interviews conducted via Zoom and contracts signed digitally, evaluating a candidate can be even harder. But it doesn’t have to be.

Hiring best practices are evolving alongside the workplace evolution. And while there are no guarantees you’ll never be wrong about a candidate again (sadly, it happens) following some of the best hiring tips will ensure you’ll have a process in place that will make this the exception, not the rule.

What happens when you don’t hire the right people

First off, a disclaimer: we live in unprecedented times, with the employee quit rate spiraling out of control. Now more than ever, companies find themselves in urgent need of hiring en masse. So it’s understandable that you and your HR department may feel the pressure to secure new candidates fast—but rushing the process will only hurt your organization in the long run.

The cost of hiring the wrong people can be quite steep. Not taking the time to plan the recruitment process and ensure you’re bringing in the right talent will backfire fast. Because a bad hire:

How to make good hiring decisions

It’s true that it’s no easy feat to identify and hire the right person—let alone manage to keep them. There’s always an element of luck and timing involved: sometimes, for instance, you may hire a truly great employee, but it turns out they’re not a great fit for your company or your needs.

But getting the knack of hiring the right people consistently? That is something that can be learned.

The goal is to design a hiring process that makes it easy to recognize not only who’s good on paper or just for your current needs, but also who will be a great asset to your team—now and in the future.

This step-by-step approach below will help.

Before even posting that job ad, you’ve got work to do. Even if the position you’re hiring for is an existing one and you’re simply looking for a replacement, you’ll still need to:

After you’ve done the groundwork, the next phase is to prepare the job description and post your ad. At this point, you need to consider the following in order to attract and hire the right candidate:

Once your job ad has been posted and the application window has closed, it’s time to dive into your pool of candidates. Depending on the role, you’ll probably do two or three rounds of interviews and give candidates some assignments.

Throughout the process, you should make sure to:

Build strong teams with TalentLMS
The training platform that users consistently rank #1.
Easy to set up, easy to use, easy to customize.

If you want to go above and beyond, here are some more things to keep in mind:

Invest in a referral program

Internal referrals are very useful if leveraged properly. Not only because great employees are likely to know other great employees, but also because referred candidates tend to stay longer with the company.

This keeps your turnover rate lower and your overall employee satisfaction higher. So, if you want to ensure a great pool of candidates, let your employees in on it.

You may have heard the term affirmative action: “An active effort to improve the employment or educational opportunities of members of minority groups and women.” (Merriam-Webster definition)

What does this mean for your hiring process? That you can actively look for candidates from underrepresented groups. For example, if you’re hiring graduates only from Ivy League schools, you’re excluding people who come from different socioeconomic backgrounds. Instead, you could connect with alumni groups from lesser-known schools, target specific locations, or even remove degree requirements from your job ads.

Another example would be to adjust your hiring so that you create gender-balanced teams. You could get in touch with groups that support female employees or source directly female candidates (e.g., on LinkedIn or other professional sites.)

Obviously, the end goal is to build a diverse environment where employees’ gender, race, sexual orientation, and religious beliefs don’t matter. But the world isn’t perfect yet—so you may need to focus on one or two underrepresented groups, to begin with, and over-correct for their characteristics.

What’s become clear so far is that a successful hiring process doesn’t work on autopilot. You need a strong HR team that will test new tools and techniques, spot hiccups in the process, and make improvements. And this is an ongoing effort.

That’s exactly why your HR training needs to be ongoing, too.

As the workplace changes, your HR team needs to be on top of trends. From talent management and development strategies to attracting remote candidates, HR courses will help make great hiring decisions, now and in the future.

But, along with the HR team, make sure to provide training to everyone else who’s involved in hiring. Team managers and department heads are often the ones who make the final hiring decisions. So, for example, if you want to build truly inclusive teams, all people who interview candidates at the different hiring stages should learn how to recognize and eliminate unconscious biases.

You made a great hire. Then, what?

Yet, some new hires will quit a few months after they joined your company. Or, an otherwise perfect candidate will fail to reach your expectations. Does this mean that no matter how hard you try to build a successful hiring process, there are still things that get missed?

Before you admit defeat, have a look at what happens after hiring. Both immediately after hiring and further down the road.

If you put a great effort into wooing a candidate but then left them on their own as soon as they accepted your offer, they’re likely to feel disappointed. Whether experienced or not, new hires need onboarding and training sessions to get familiar with their tasks and their teams.

And, sooner or later, they’ll want to grow their skills, take on more responsibilities, and evolve their careers. If they can’t see a future with your company, they’ll reconsider their present, too. And you’ll find yourself starting a new hiring cycle all over again.

A great hiring process isn’t just about picking the right person and bringing them on board. It’s also about supporting them throughout their whole journey with your company and setting them up for success. 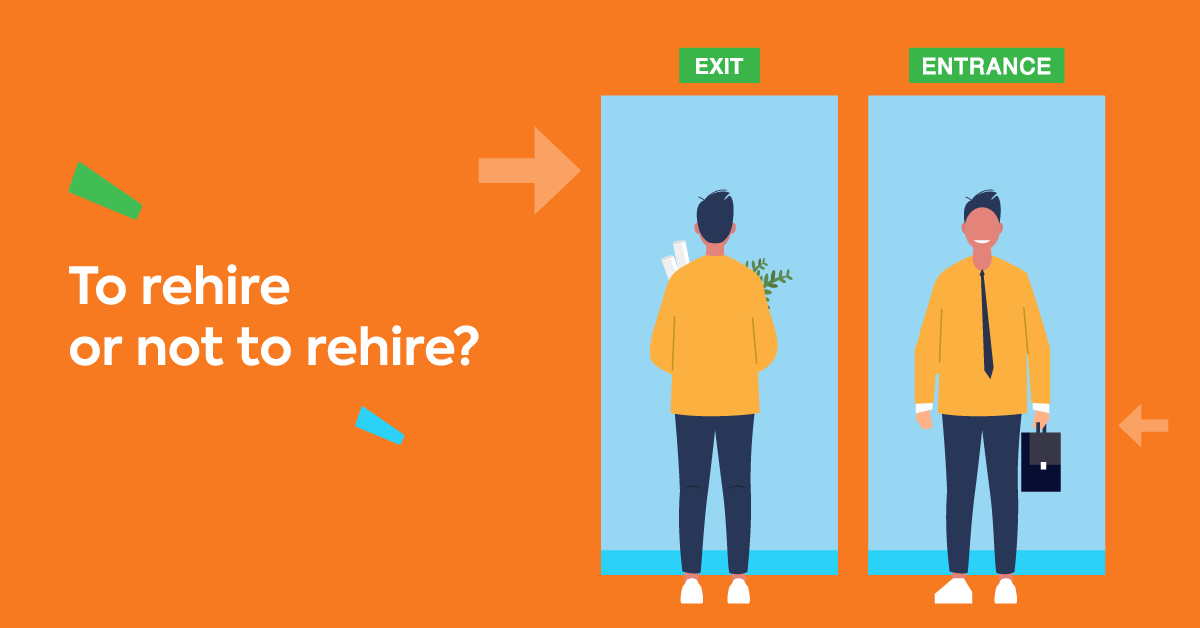 Boomerang employees: A strategic hiring solution, or a bad idea?